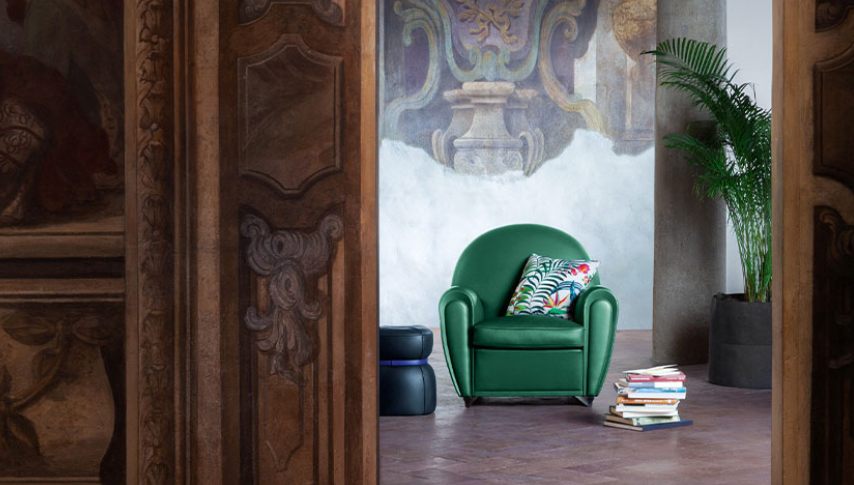 Milano, 24 settembre (VAGO.MAG) – To celebrate its 90th anniversary of the launch of Vanity Fair, Poltrona Frau presents Vanity XC, a reinterpretation of its armchair-symbol designed by the Poltrona Frau Style & Design Centre in collaboration with the designer Roberto Lazzeroni. Ninety years and still going strong. “Modello 904” began production as far back as 1930, known with the name Vanity Fair starting in 1984. The original design seems to have been re-worked by Poltrona Frau starting from the drawings Renzo Frau left his wife Savina. With the passing of the years, Vanity Fair has become one of the universally recognised icons of Italian design, and the Poltrona Frau’s emblem. The result is a version that is respectful of the original but even more comfortable and welcoming, adapting its proportions to the lifestyles of today. The re-edition arrives in Milan during the Milan Design City. From 28th September to 10th October 2020, Via Manzoni, 30.