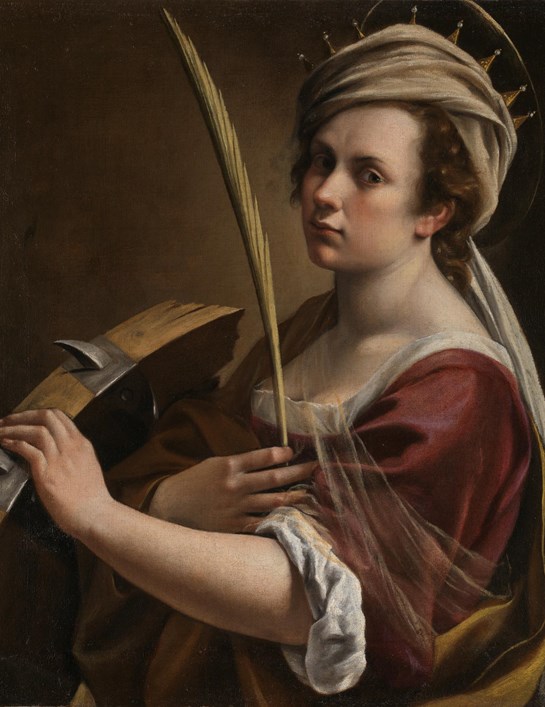 Milano, 29 settembre (VAGO.MAG) – For the first time in the Uk, a major monographic exhibition of the work of Artemisia Gentileschi (1593–1654 or later), will open at the National Gallery in April 2020. The inspiration for this exhibition is the National Gallery’s recent acquisition of Artemisia Gentileschi’s Self Portrait as Saint Catherine of Alexandria (about 1615–17), the first painting by the artist to enter a Uk public collection. At a time when women artists were not easily accepted, Artemisia was exceptional. Her career spanned more than 40 years and she gained fame and admiration across Europe, counting leading rulers among her patrons. She was the first woman to gain membership to the artists’ academy in Florence.

Although Artemisia was greatly admired during her lifetime, she was essentially rediscovered in the 20th century. Certain elements of her biography – particularly her rape as a young woman and the torture she endured during the trial that followed – have sometimes overshadowed discussions about her artistic achievements, but today she is recognised as one of the most gifted painters of the Italian Baroque period. Her art and life continue to inspire novels, films, documentaries, musical and theatrical productions.

The exhibition is curated by Letizia Treves, the National Gallery James and Sarah Sassoon Curator of Later Italian, Spanish, and French 17th-century Paintings. She says: “Artemisia is an inspirational figure of resilience and unbowed creativity in the face of exceptionally challenging odds. I hope that this exhibition will bring Artemisia’s artistic achievements to the fore, so that visitors can fully appreciate what a talented painter and extraordinary woman she really was”.